Since our foundation more than 800 years ago in a small church in Belgium, the Crosiers have grown into an international Order, serving on five continents, including North America. There are five regions in the Crosier Order.

The Order’s international headquarters is in Rome, Italy, at the Basilica of San Giorgio in Velabro near the ancient Roman Forum. From here, Master General Laurentius Tarpin, osc, and his staff provide leadership and support for approximately 350 Crosiers serving all over the world.

In the United States, the Conventual Priory of the Holy Cross is headquartered in Phoenix. The first mission station of the Crosiers was established in Onamia, Minnesota, in 1910, and in 1922, a priory and school were established there.

The Province of Blessed Theodore de Celles is headquartered at St. Agatha Monastery in Cuijk in The Netherlands. Crosiers have been present in Europe since the origin of the Order in the early 13th century. In 2000, the Crosiers of Belgium, the Netherlands and Germany merged and formed the European province.

The Province of Sang Kristus is headquartered in Bandung. At the moment it is the largest region of the Order.

The Proprovince Martyrs de Bondo is headquartered in Butembo with Crosier communities in the eastern region of North Kivu and in the capital city of Kinshasa.

The Delegação do Brasil is in the city of Campo Belo in the state of Minas Gerais. A few years ago, the Crosiers built a new monastery complex next to the campus of the Dom Cabral school.

The first Crosier missionaries were sent out from the Netherlands to Wisconsin in 1850 and to Minnesota in 1910. Since then, missions have been established by the European Crosiers in Congo, Indonesia and Brazil. 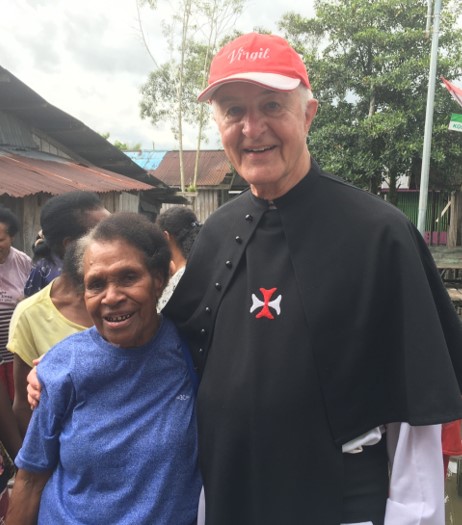 Dutch Crosiers first arrived in Indonesia in 1927. Currently, only four of the many Dutch missionaries remain after developing the Crosier community to include 150 Indonesian members. This makes them the largest priory in our worldwide Order. They serve several areas of Indonesia, including the eastern-most province of Papua.

They collaborated with the American Crosiers who arrived in Papua in 1958. The first four American Crosiers to go there were Fr. Francis Pitka, osc; Fr. Delmar Hesch, osc; Br. Joseph De Louw, osc; and Br. Clarence Neuner, osc. They arrived in Asmat land, Papua, after a two-month trip by ships and airplanes from Los Angeles through Sydney, Australia and several cities in Papua. Since then, 26 more American Crosiers served as missionaries in Papua until the last one retired back to the United States in 2010.

The Indonesian Crosiers, who have served the Diocese of Agats since 1980, continue Crosier life and ministry there. They collaborate with a growing number of diocesan clergy, groups of indigenous religious sisters and lay pastoral workers to serve the people of God. 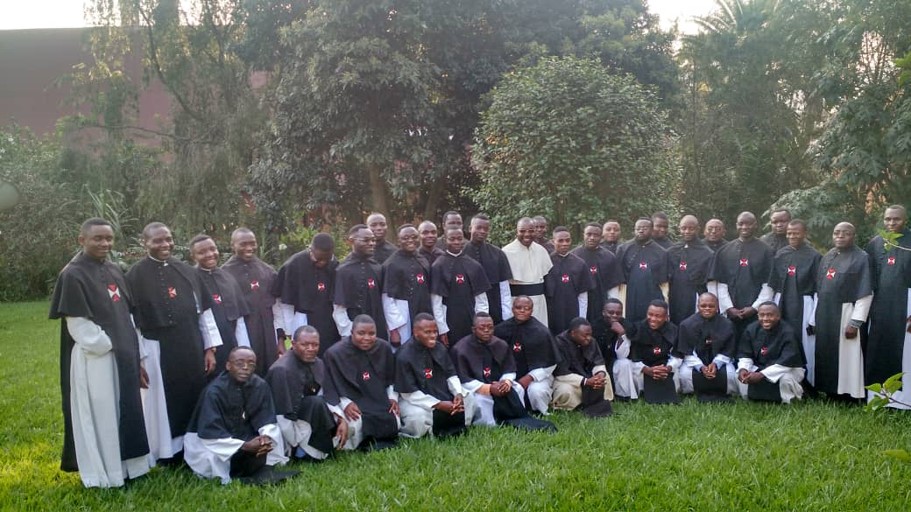 The first Crosiers arrived in Africa from Europe in the 1920s, working hard to build hospitals, schools and churches and introducing some of the technical advances of the 20th century to the people of Congo.

In 1984, The Crosiers were welcomed to the Diocese of Butembo-Beni (Northeastern Congo). They have continued to served in various capacities: parishes, schools, prisons, hospitals and others. The Crosiers hold three ministries, in particular, close to their heart: Holy Cross Listening Center, where hundreds of victims of war, including children and women, come every month to seek psychological and pastoral support.

Holy Cross College, established in 1989 as a school of philosophy to train Congolese Crosiers for the priesthood, is now a private college open to the public. Most of the students come from rural, poor areas. The college has a positive impact both in the Mulo area, and in the broader region of North Kivu.

Mboka Bolingani Orphanage in Kinshasa, established in the 1990s, has saved the lives of many street children. Today, 12 children live at the orphanage. The Crosiers provide for their housing, healthcare, education, living costs and spiritual well-being thanks to the generous support of donors.

In 2020, the Crosiers celebrate 100 years of Crosier life and ministry in Congo. There are more than 100 Congolese Crosiers with 40 in initial formation. Vocations to Crosier life in Congo are a blessing to the worldwide Order and to the Church. Today, at least two Congolese Crosiers serve in every region of the Order (Europe, United States, Brazil and Indonesia).