When the Crosier Order was founded in 1210 during the Middle Ages, people paid close attention to the symbolic nature of clothing. Thus, the first Crosiers designed their habit to be a highly visible statement of the community’s religious values.

The Crosier Cross is the most prominent feature of our habit. This uniquely shaped cross is the crusader cross worn by soldiers to identify themselves as Christians. The red represents the blood and the white represents the water that flowed from Jesus’ side after his death on the cross (Jn. 19:34). While the red reminds us of our devotion to the Eucharist and the water recalls our baptism, the red also represents suffering while the white signifies the glorification that follows.

We typically wear our habit for liturgies, including conventual Eucharist and morning and evening prayer, at Crosier gatherings and other special events. 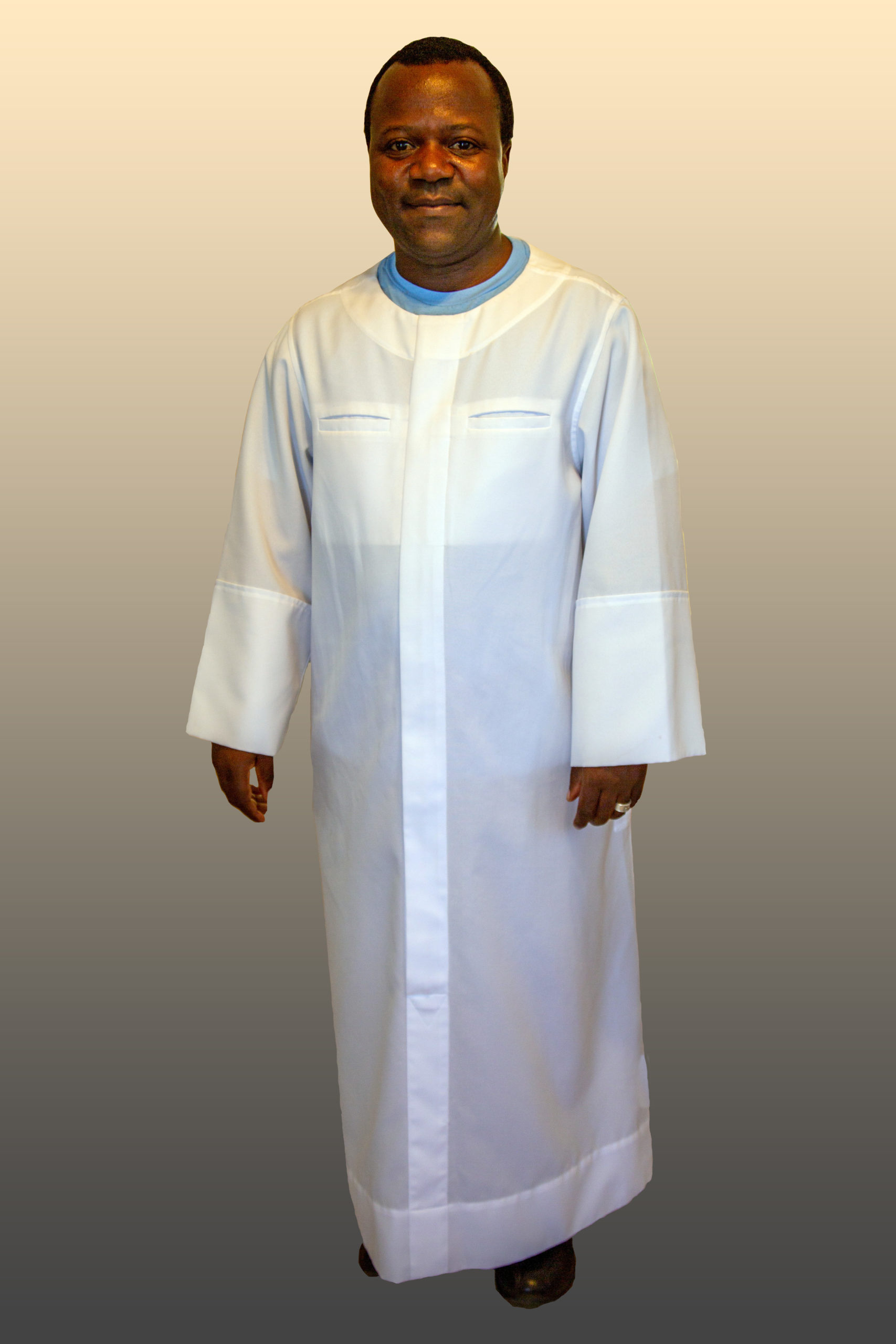 Our tunic is a long white robe similar to a cassock. Historically, it was made from unprocessed, undyed wool and was inexpensive, warm, and a dull white. The color and texture were a reminder to live a simple life. Before the Second Vatican Council, Crosier brothers wore a black tunic to distinguish themselves from the priests. 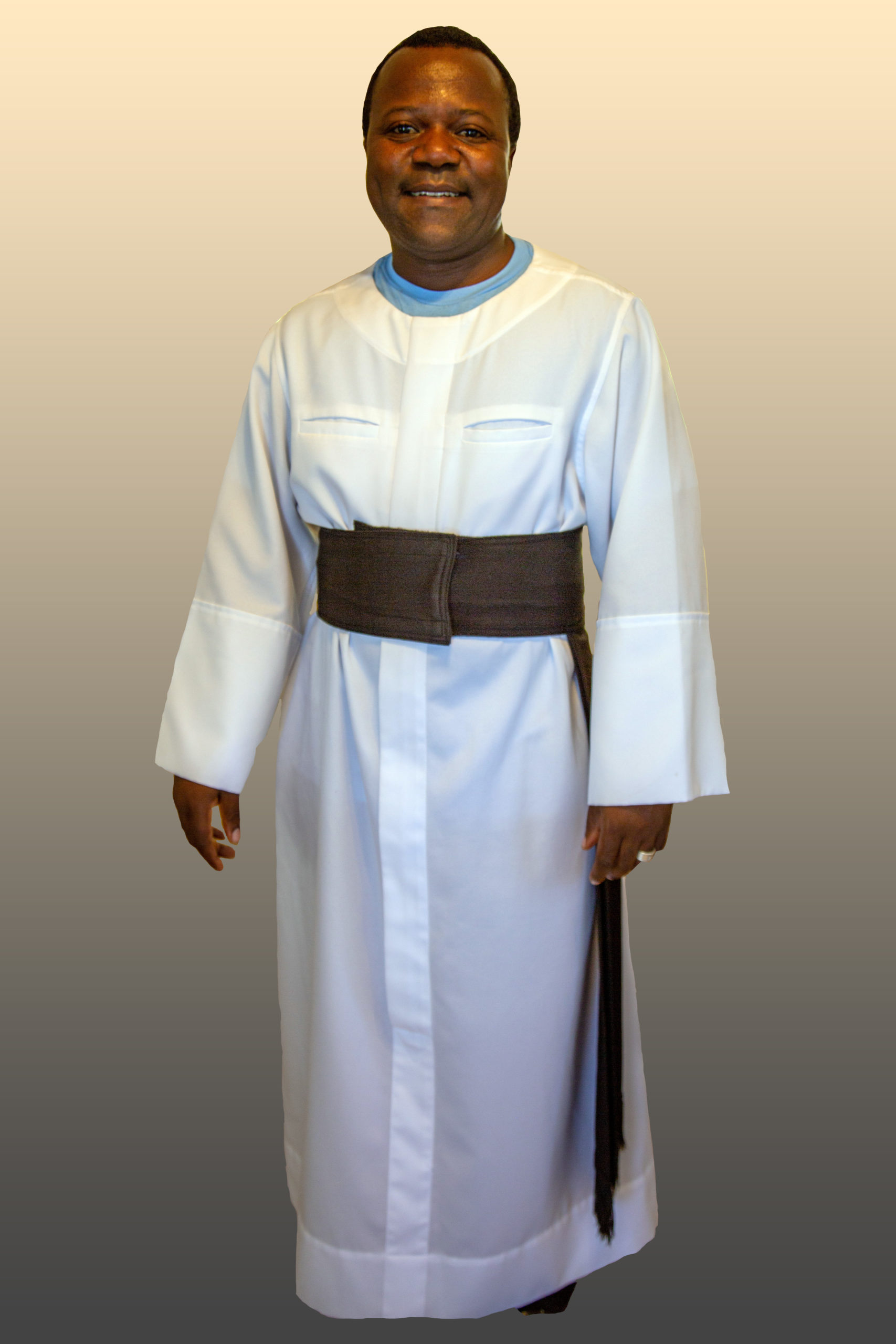 Worn around the waist to confine the tunic, a cincture is included in almost every form of religious or ecclesiastical clothing. The cincture is closely associated with chastity, and those following the Rule of St. Augustine use a broad one of a dark color. Attached are two pieces of fabric that hang down the left side, a reminder of the sword belt worn by Blessed Theodore as a Crusader before he dedicated his life to God, first as a cathedral canon and later as a Crosier. The two open pieces symbolize peace. The fringe attached to the ends of the sash recalls Moses’ exhortation to the Israelites: “Put fringes on your garments, and when you see these fringes, let the sight remind you to keep all the commandments of the Lord” (Num 15:38-39). 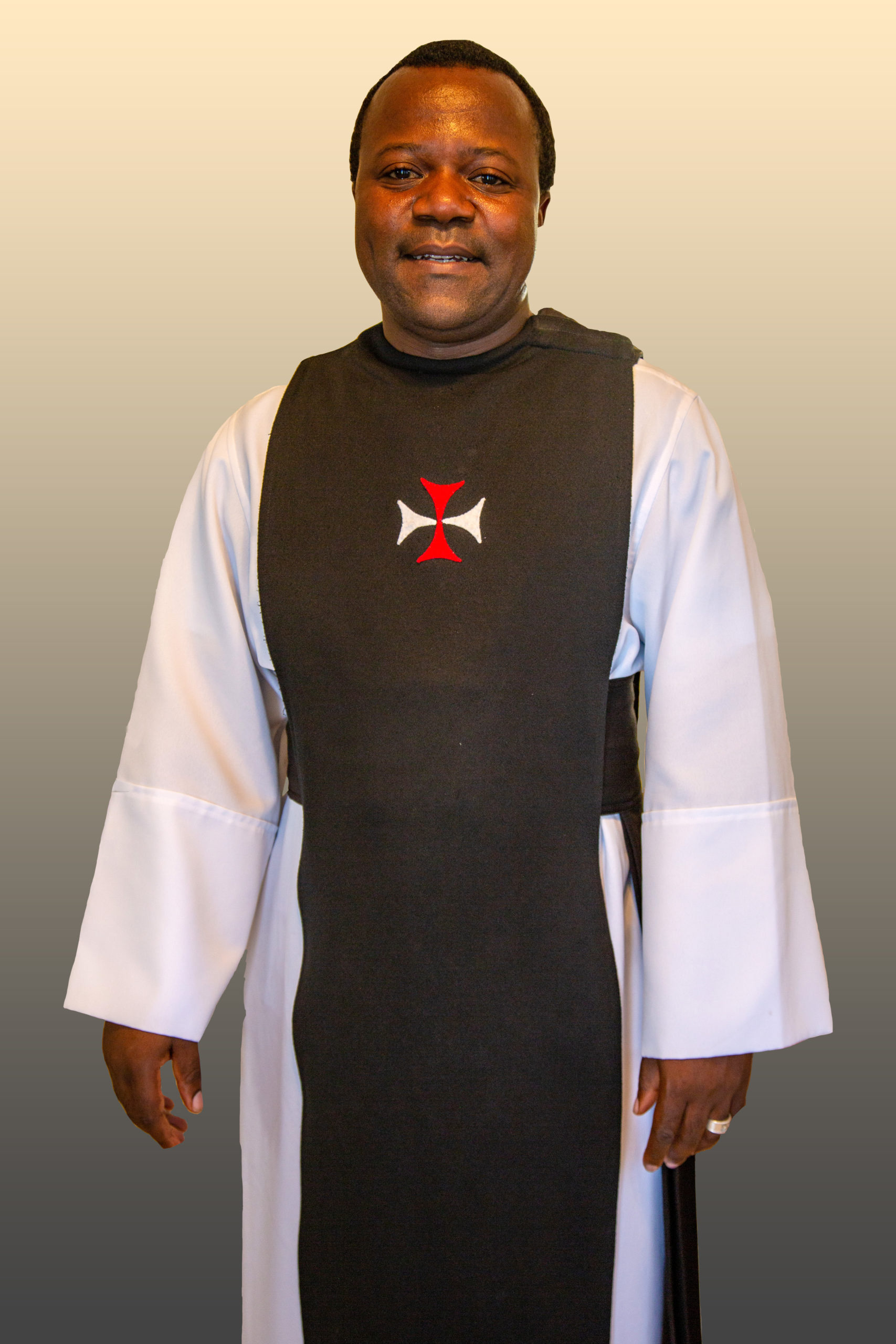 The broad rectangular cloth that goes from the shoulders to the knees on both the front and back of the body, the scapular boasts the distinctive red and white Crosier Cross. At first the scapular was simply a working garment or apron worn by agricultural laborers, but by the fifth century religious orders began wearing them as a sign of their religious vows, often calling it crux (cross) because of its shape. The Crosier scapular doubled as a work apron and a sign of solidarity with common laborers and the poor.

An elbow-length black cape worn over the scapular, the mozetta has a row of nine buttons on the right side and nine button holes on the left. When a novice receives his habit, his mozetta has only three buttons, one for each of the vows: poverty, chastity, and obedience. These are an external sign of his commitment to be faithful to the vows. After he professes his vows (following a novitiate period of one to two years), six additional buttons are sewn on to symbolize philosophy, theology, and general education, those areas he will be studying as he prepares for the priesthood and for the rest of his life. The button holes, however, are sewn shut, highlighting the importance of the Crosier Cross on the habit, since it would be impossible to see the scapular’s distinctive Crosier Cross if the mozetta were buttoned.

It's a way of life

We Crosiers take great pride in wearing our habit as it represents a way of life that is faithful to our Order’s charism of community, prayer and ministry